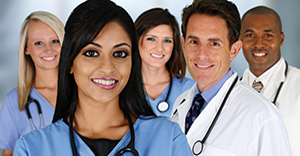 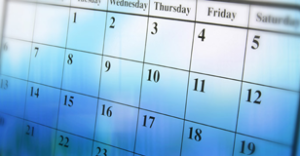 As a family physician I have not one but two jobs these days: take great care of my patients and continually improve my practice. I look forward to working with the practice improvement facilitators in the Great Lakes Practice Transformation Network to help me do both of these jobs better. An extra pair of skilled hands will be a welcome addition to our improvement team.John Hickner, MD, MSc Professor and Head, Family Medicine University of Illinois at Chicago

To determine responsiveness to memory training the scientists followed cognition over 10 years, comparing trajectories of cognitive performance in older adults with obesity, overweight and normal weight who received the training and those who did not.

“These findings suggest that memory training is less beneficial for older adults with obesity but we really don’t know why,” said Daniel O. Clark, PhD, lead author of the study. “There is growing evidence of a link between obesity status and brain function, including imaging studies reporting that obesity is associated with more rapid loss of hippocampal volume. So it’s possible that actual capacity for memory gains is less for older adults with obesity.

“Other work has shown that weight loss can lead to improvements in memory function. Unfortunately we know from our own prior work, and that of others, that weight loss is difficult to achieve and maintain over the long term. We and others need to do more work to develop scalable and effective approaches to weight gain prevention and weight loss but we should also investigate programs with potential to protect memory function in the absence of weight loss for people with obesity — a growing segment of our population.”

Dr. Clark is an IU Center for Aging Research and Regenstrief Institute investigator, an IU School of Medicine associate professor of medicine and director of research and development at the Sandra Eskenazi Center for Brain Care Innovation at Eskenazi Health.

“Addressing dementia risk factors like obesity at any age is important as recent science indicates a lifecourse cumulative risk,” said Dr. Clark. “Obesity in middle age in particular is a strong risk factor for cognitive impairment later in life, including dementia. Approximately one-third of baby boomers have BMIs within the obesity range with some subgroups having even higher rates of obesity placing them at higher risk of cognitive impairment.”

“Does Body Mass Index Modify Memory, Reasoning, and Speed of Processing Training Effects in Older Adults” is published in Obesity, the peer-reviewed journal of the Obesity Society. Approximately 2,800 individuals with an average age of 74 years participated in the study. Three-quarters were women; three-quarters were white and one-quarter were African-American.

While BMI status influenced the benefits accrued from memory training, the researchers found no difference in the benefits to older adults provided by training in reasoning or in speed of processing regardless of BMI.

The data for the study was obtained from cognitively normal older adults who participated in the multi-center Advanced Cognitive Training for Independent and Vital Elderly (ACTIVE) randomized controlled study, the largest trial of cognitive training ever conducted.

Authors of the Obesity study in addition to Dr. Clark are Huiping Xu, PhD; Christopher M. Callahan, MD, and Frederick W. Unverzagt, PhD, of the IU School of Medicine. Dr. Callahan is founding director of the IU Center for Aging Research. The authors conclude, “…our findings hold both good and concerning news. Some forms of cognitive training may have similar effects regardless of an older adult’s obesity status while others may not.”